Some things in this world are common to all cultures.  One of these is bargain hunting!  How can I describe the thrill of finding a beautiful cake stand for 5€ or the fun of haggling for 1€ off of a divine doodad, a fabulous find or a "must have" thingamajig.  The mind boggles and the heart races.
There are three ways to satisfy your craving for second-hand bargains in France  The Brocante, the Vide Grenier and last but not least, the Kermesse.  First, I'll tell you about the Brocante…..
The Brocante is a lovely age-old tradition in France and Brocantes can be found in almost every village or town.  A Brocante is essentially a roving antiques market where vendors arrive in the early morning, set up a table with their wares and sell away for the entire day. The Brocante is usually managed by the "Mairie" which is the local municipal government. The current fee for the Brocante in Menton is €13 or about $15.  Typically the vendors are professional antique dealers since you need to show your business licence before the Mairie will let you set up.
The Brocante appears in each town or village regularly on the same day of the week.  In Menton the Brocante is always on a Friday in the square near the century old food market by the sea.  The Brocante adds some extra interest to going to the food market because after buying all those delicious things to cook with you can search for something to serve them with!
The prices at the Menton Brocante are always a bit high but with a little, "je ne sais pas" and some chin rubbing (your chin) you can usually get the price down by at least a few euro or on a good day, maybe more!
The "Vide Grenier"
What to do if you live in France and have some junk to sell?  Well, the Vide Grenier is for you!
The Vide Grenier is quite a different thing from the Brocante as Auntie learned when she participated in one.  Vide Grenier or "Vide" as it is referred to affectionately, is more of a flea market or "boot sale" as the British call it.  It means literally, "empty the grainery or attic".  In typical French style, it is interdit in France to toss out a table on a Saturday morning, call it a garage sale and sell some junk.  Nope.  The Mairie of the city you're living must approve the show.
Four or five times a year, typically in the spring and fall, many of the cities and villages in France promote their upcoming Vide with posters throughout town.  If you want to participate you need to contact the organization listed on the poster, often the Lions Club who will have had prior approval of the Mairie.  They will send you many forms to fill in.  Along with the forms you need the following:
1.  Documentation proving that you live in the town where the Vide is taking place.
2.  An insurance certificate to prove you have insurance in case someone comes to your table, is clumsy and stumbles on a flower pot and
3.  A fee of about €25 plus a refundable clean up fee of €25 that they keep in case you're a slob and leave a lot of junk and ciggy butts in your booth after you leave.
Thank goodness Celine took care of all of that paperwork for us!
Vide Grenier are typically set up in a wide open space such as a park, field or parking lot since they tend to attract many buyers and sellers.  Early in the morning when you arrive with your junk in tow, you are given a number and assigned a space and then you greet your neighbouring sellers and start setting up.  There were about 150 vendors in the sale that I was in.  Not many vendors when compared to the Great Glebe Garage Sale but the space was packed!
People come the Vide looking for bargains and it's fun to haggle with everyone.  Auntie's good friend Meghan came to help Auntie, sell some of her junk and to have a few laughs on a sunny Sunday.   The day was long but it was a lot of fun and we made about €300 some of which went towards a little Italian extravaganza at the Conad food market in Latte and the remainder went to buy baking ingredients for the Great Glebe Garage Sale.  The junk that didn't sell was donated to the annual Kermesse.........
The Kermesse
Every year for the past 35 years on the first Saturday of December, the British Association of Monaco (Auntie and Uncle Jim are members) sponsors the giant Kermesse Oecuménique in a big circus tent in the Monaco neighbourhood called Fontvielle.  The Kermesse is a gigantic version of what we would call a rummage sale.  It's a great place to buy English books, electrical doodads and knickknacks.  In 2009 the Kermesse collected €76,000!!  Can you believe it?
Auntie and her best friend, Auntie Heather have bought many fun things at the Kermesse.  Our friend Christine even found a lovely black velvet dress that you would never guess came from the Kermesse.  One memorable acquisition was the "cock clock", an old flat plastic rooster with a clock and an alarm built in that crows very loudly on the hour when the sun hits it.  Unfortunately, the cock clock is now silent:  Uncle Jim ripped out its batteries one summer day when it woke him up at 6 in the morning.  Oops.....
As you know, Auntie is a big fan of a good rummage sale so for the past 5 years Auntie has volunteered her time to help set up the electrical stand but this year she was promoted to be in charge of the English Book stand.  Hooray for the Kermesse!
One thing is for certain, French junk is really different from Canadian junk.  When I'm in Tokyo in a few weeks I'm going to visit a Japanese flea market - now that should be very interesting... 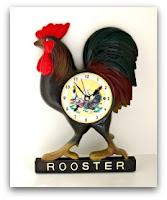 Posted by The Auntie Times at 8:13 PM

Come on, tell Auntie what's on your mind... 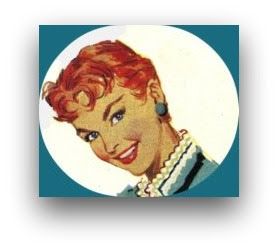 The Auntie Times
Pity the poor woman who is not an Auntie. This is serious business. Who else is better qualified to guide those little nieces and nephews through life, offering wisdom and a fresh and exciting perspective to augment their parents' tutelage. All hail brothers and sisters everywhere who bestow this honour upon us! 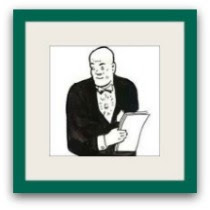 Wit and Wisdom from your Favourite Uncle 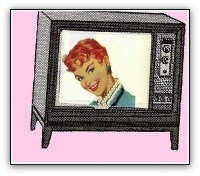 Stay in and Play! Things to do on a Rainy Day.

Liven up your In Box - Follow Auntie by Email